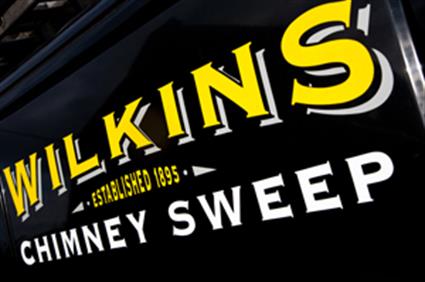 John’s territory will be Malvern and Worcester, joining the three existing franchisees based in Brighton and Worthing, Cambridge and the Black Country.

Low-cost franchise Wilkins Chimney Sweeps started trading over 117 years ago in 1895 and franchised the business in December 2010.

John, 47, is married to Ruth; they have two children and live in Malvern. John decided to buy a franchise having taken voluntary redundancy.

Says John "I was tired of my job being constantly threatened by pay freezes and cutbacks so decided to become a chimney sweep and get some control back in my life. I’m really enjoying my new venture.

"Chimney sweeping is not your ‘run-of-the-mill’ profession but with the huge increase in energy prices and more people using open fires and wood-burners to heat their homes, there’s been a definite increase in trade and it made good business sense to be part of that trend."

"We pride ourselves on our professional approach to chimney sweeping and following extensive training John, like all our franchisees, will be HETAS registered and a member of APICS (Association of Professional Independent Chimney Sweeps)"

Peter Harris, Managing Director of Wilkins Chimney Sweep says "Chimney sweeping is good honest work that would suit anyone who enjoys working with the public in a variety of locations and doesn’t mind getting a bit grubby. We sweep over 3,000 chimneys a year in Newbury so we know the demand is there and we’re excited about expanding our business further in 2012."