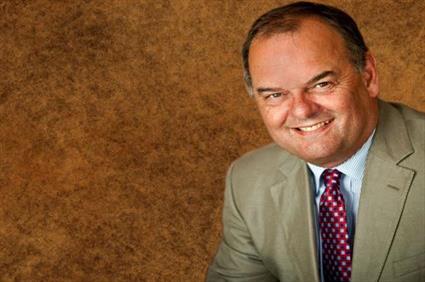 In addition to the usual duties, Nick’s new role includes membership of the Swindon Strategic Economic Partnership (SSEP) acting as the Chamber’s representative. The SSEP is regarded as the foremost body for business and public sector partnership in the Swindon area.

Nick spent many years in senior retail management throughout the UK and overseas. He joined Auditel in January last year and now works with SMEs throughout the UK, helping them to manage their critical business costs. As an active member of the Swindon business community, Nick has been heavily involved in the regeneration plans for the town centre for a number of years.

Nick says, “I am extremely proud to have been appointed President of Swindon Chamber and see this as an opportunity to become involved even more closely in the development of Swindon’s business, training and education communities in future.

“Having worked at a strategic level in Swindon for more than 11 years, I understand the issues facing small businesses. The Swindon Chamber of Commerce is in prime position to be the catalyst for bringing together the commercial interests in the area with the local authority and the various industry interest groups – all of whom want the same thing: for Swindon to thrive as a place to do business.”

Auditel are closely connected with Chambers of Commerce throughout the UK. Their consultants manage costs for the membership of many chambers, including Bedfordshire and Luton, Birmingham, Crawley, Horsham, Doncaster, Shropshire, Thames Valley and Mid and West Wales.