Canada on Verge of Franchise Boom 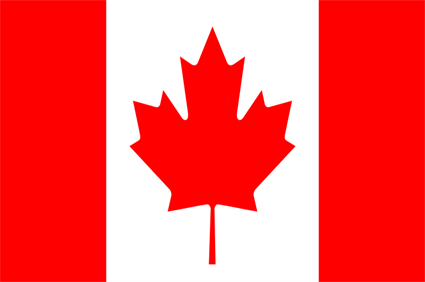 Canada is increasingly admired and envied by other advanced economies.

At a time when debt and insolvency are plaguing their counterparts in the U.S. and Europe, the country can boast a prudent regulatory and lending environment, one that wouldn’t have given rise to the sub-prime mortgage meltdown that sparked the global downturn.

It’s an attractive market for U.S. and European franchises because of a strong and stable currency, a healthy banking sector, an educated population, and an abundance of natural resources, including oil.

This month’s Esquire magazine published a column on Canada’s economy – namely its investment and expansion potential. The piece praised Canada while damning the United States for its role in causing the financial crash: “When the worldwide system collapsed, boring Canada didn't have a single bank poisoned by toxic assets and not a penny of public money was used to bail out its financial institutions.”

It points out that Canada is expected to post 3% growth this year because of the government’s sensible fiscal strategy, bountiful oil and natural gas reserves – comparable, it suggests to the Middle East – and other resources much in demand from China.

Its close proximity to the United States is a big draw too, not to mention the fact that it has frequently topped the UN’s annual quality of life survey and never leaves the top five.

“The combination of a robust commodities supply and the tech and banking strengths that are enhanced by stable business practices is formidable,” continues the Esquire article. “As the rest of the world's economies start to recover, so will the prices of the very commodities Canada sells, like oil.

“Meanwhile, where are countries going to get money to buy these commodities? From Canada's banking system, suddenly among the world's strongest.”

Franchises considering expanding into Canada have the following options:

Things are looking bright for those planning to expand into Canada. Whereas other advanced economies are still languishing, Canada is providing a fertile ground for investments.