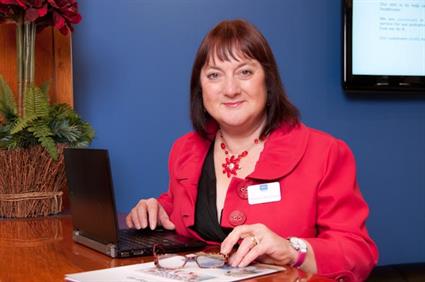 "Moving from public to private sector is not as daunting as you might think," says Philippa McQueen who, until two years ago, had a 30 year career in teaching before joining WPA, a not for profit medical insurer.

Within months she introduced a large company and within a year she had one of the fastest growing businesses at the health care franchise. Philippa has thrived on the transition having doubled her annual targets in both years.

"This is no easy task," says the Director of WPA’s National Franchise Team, Berkeley Harris. He continues, "The goals we agree are designed to be tough but achievable and Philippa has that quiet determination, a commitment and a personality which means that she will be a success at whatever she does; WPA are lucky to have her."

The decision to move sectors came about because teaching and Philippa had changed over time.   Demands took her away from what she loved most. She says, "Life is too short not to enjoy every moment and I knew WPA from personal experience, 10 years ago they saved my husband’s life."

Changing careers became an opportunity. Berkeley emphasises that no experience is necessary to be a WPA franchisee, "all we want are individuals who are enthusiastic and reflect our quality brand. There are 20 empty territories available and we are determined that all new Franchisees are successful. That said, we reject more than we accept because we cannot afford our reputation to be tarnished by someone who does not have WPA in their blood. The £7500 cost of a WPA franchise is low due to our not for profit status."

He continues, "The role is all about supplementing the valuable work of the NHS by helping customers fund their healthcare. To do it well requires an engrained belief in ‘treating them as you would hope to be treated’."

For Philippa, the decision to move was a brave one but, she says, "WPA helped me all of the way; I will never forget my first meeting with Berkeley which was supposed to be an hour and ended up being two and a half hours; all of my impressions of WPA became reality. A week later, I was at a Regional meeting, the training course came next, then the business. The support from WPA has never stopped; my mentor revitalised my spirits whenever they were dented. It worked and I now have a thriving and successful business."

While the ongoing support has made the move easier, the transferable skills of teaching have been integral to setting up a successful owner-managed business. "Communication, belief and commitment are vital to all that a WPA franchisee does," says Berkeley. While Philippa agrees, "Without doubt, teaching has contributed to my success."

To the future, Philippa plans "to grow through the recommendation of existing customers and networking." With all that is happening in the UK, she is optimistic about the potential for her business.  "Sometimes my enthusiasm gets the better of me, especially in the early days where I found myself being introduced to a 250,000 employee scheme."  She continues, "I need to target my enthusiasm and my hard work will be better rewarded."

Regrets?  ‘Absolutely none’ says Philippa, ‘My success is down to my hard work, WPA’s support and, with what happened to my husband, a cast iron belief in what I do.  The private sector really is a land of opportunity’