Ex-Pro Sports Franchisee Quick Out of the Blocks 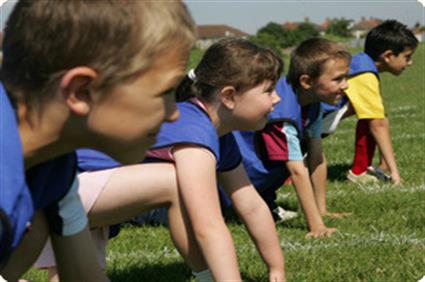 A former professional footballer has joined forces with a St Helens Rugby League legend in a bid to inspire today’s children with a passion for sport and fitness.

Dan Worthington, who played for Everton, Blackburn Rovers and Preston North End, joins rugby’s Paul Sculthorpe in setting up a business under the wing of the UK’s biggest kids coaching company Premier Sport.

Now the pair plan to expand their sports franchise together in a bid to reach more children across St Helens, Knowsley and Widnes with top quality professional coaching in more than 20 sports.

Premier Sport is dedicated to developing innovative sports coaching which will help children to live a healthy, fit life, and successfully deliver coaching to more than 125,000 children every week.

Father of three Dan, 32, from Winstanley in Wigan, started his career as a schoolboy at Everton and went on to play alongside James Beattie at Blackburn before moving to Preston North End to play under Sam Alladyce.

Since retiring from football, he worked as an operations director at a bottled water cooler company, before spending the last three months shadowing Premier Sport coaches and completing coaching qualifications in multi-skills, gymnastics, basketball, hockey and tag rugby.

“I have been playing football all my life, ending my career playing semi professional in non league and have some amazing memories along my footballing journey,” he said.

“Now I have joined Paul and I have been so pleased with how professional Premier Sport are and felt proud to be part of such a fantastic company going forward.

“I feel it is a vital part of all children's lives and see sport as a major support to all within schools. Children keep both physically and mentally fit when participating in sport in schools, which leads them to make changes in their health and mindset for the better as they grow and become adults.

“Children stay positive and happy when they take part in sport and it gives them a drive for success in all they do”.

Paul was inspired to join Premier Sport after seeing how Premier coaches worked with his 8-year-old son Jake.

“I’ve been fortunate to be involved in Rugby League at a very high level for many years and the opportunity as a Premier Ambassador enables me to put something back at grassroots level.” said Paul