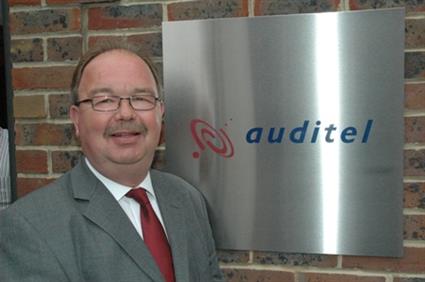 Established in 1994, Auditel is the UK’s favourite finance franchise, winning several nominations for the best franchisee support in the industry.

West Sussex-based Kevin Curran spent 36 years with HSBC Bank, mainly working within the commercial and corporate sector. Prior to leaving early in 2010, he held the position of Regional Commercial Director. Finding himself in a redundancy position, he directed his mind to the future.

Kevin recalls: “Many of my colleagues and friends suggested that with a background as a senior banker, I should become a consultant offering banking and financial advice. Although I thought there might be a market for this, I wanted something more tangible.”

Kevin said that while spending so many years assisting business owners to grow their enterprises, he always held an ambition to run his own business. Being very familiar with franchising as a tried and tested model, he recognised it as an excellent way to help minimise the many risks associated with a start-up business.

Kevin continues:“I found Auditel through the British Franchise Association website. At the same time, I discovered a school governor colleague to be a long-standing Affiliate. Further research made it clear that the Auditel service is a compelling proposition. Of great importance, I felt very comfortable with the values of the organisation which are closely aligned to my own.” The attraction was reinforced throughout the recruitment process and Kevin became an Auditel franchisee in March 2010.

Kevin utilised his own resources to finance the business but arranged an ‘in case of need’ working capital facility through his bank. He points out that the Auditel franchise is well known and respected within the bank’s franchise department. He had no doubt that he could have raised further capital had it been needed.

Asked about the assistance provided by Auditel, Kevin recalls:” The initial ‘formal’ training was of really high quality and fulfilled the commitments made during the discovery and due diligence process - a great use of my time!” He confirms that the ongoing support has been excellent. ‘The Auditel team has been helpful from the start, clearly living the values of the organisation. This support structure and ethos also exists within the Affiliate network, facilitated and engendered by the franchisor.’

There have been several highlights so far in his new Auditel embodiment. This began with the signing of his first client and was followed by the completion of the project and the issue of his first invoice! Then he was asked by Head Office to project manage an in-house Business Development Team on formalising a finance cost category for the network.

Kevin’s progress in the marketplace has been excellent. He reports: “I exceeded my first year budgeted income within the first nine months. Over the next few months, I plan to create a more sustainable future income, cash flow stream and client base and develop formal partnership programmes as my route to market.”