From Retail to Lettings: Why We Chose Redstones 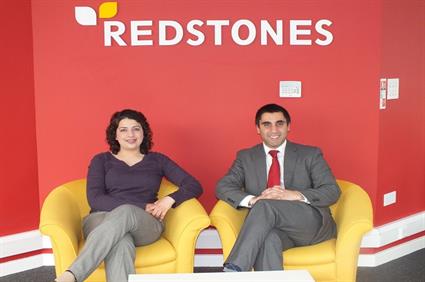 When Gurprit Johal graduated from university in 2003 with a BA(hons) in Business Economics, he immediately pursued a career in self-employment in the retail industry ultimately becoming a fulltime landlord with a property portfolio which he is still actively expanding.

He had been subconsciously aware of franchising from an early age, when his parents seriously considered buying a McDonalds franchise, so, having always been self-employed, taking the franchise route to business ownership was an obvious one for him.

When asked why he chose Redstones over their competitors or even other franchise concepts Gurprit says: “The lettings franchise market was the first area I investigated and Redstones immediately stood out for me as they are an established company which is franchising their business in a fresh an innovative way; I wanted to be a part of a success story in the making as opposed to a buying into a franchise that had reached market saturation point and had their best days behind them.

Redstones also boast a fantastic IT system which provides an up to date contemporary way of doing things.  I also liked the brand identity straight away. “I had the liquid capital ready to invest in the right opportunity, so I took the plunge!"

Gurprit enthuses further about his experience with Redstones, “The training was fantastic! Well organised, well thought out and applied.  It was very hands on and we were proficiently shown how to use the different system’s that are integral in running the Redstones business.”

Sonia Johal, Gurprit’s wife, is very much a supportive part of the business looking after the administration side of things, and he says “She is a multi-tasking individual who I would be completely lost without!”

The Johal’s started getting instructions from landlords on the books, and waited for the business to gather momentum and, in due course, it has!!  “We have a great Chairman in David Kass and the support from the Redstones corporate team helped us get through the early challenges we faced. We now have an additional team member, who brings with him a wealth of experience – with a back ground of 30 years in his own lettings business.”

When asked what his plans for the future are Gurprit becomes really animated stating that, “We plan to grow the business and open a second office in Reading, as the scope within our territory will easily support this, and we are gaining additional business on a daily basis.”

Gurprit ends by saying that, “If you are considering buying a franchise, do make sure you understand the full scope of what you need to invest. Redstones were clear when they explained the full amount required. There is not just the franchise fee, in any franchise, there is also the on-going commission, payable to the franchisor, and the set-up costs, especially if you plan to start your business from a high street office immediately.

Always do your due diligence thoroughly and you won’t be tripped up further down the line. I feel incredibly lucky with my franchisor as they didn’t sugar coat the facts; they were upfront with me from the word go.

If you want the independence of being a business owner but with the support of a well structured established business, then franchising is the way to go and I cannot recommend Redstones highly enough."