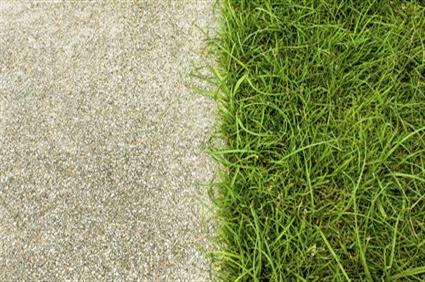 Kwik Kerb, which specialises in the coloured concrete edging on gardens, driveways and car parks, has some positive announcements.

So it's over to Phil Egan, general manager at the garden franchise:

"As we move into the so-called quieter months of the outdoor business year I have great news. New Kwik Kerb Operators Greg and Clare Sykora better known as Kwik Kerb South West have been very busy attending on site quotations from qualified leads we have passed on to them from our very informative website and also from regional advertisements with pictures and editorial that we have done on their behalf.

"They have now received confirmation that in one week alone they secured over £5k of work which they are on with as we speak. Greg and Clare are extremely happy and continuing to work with myself and Robert to make sure that plenty more weeks like this are ahead of them.

"Over in Northern Ireland Alister Bradford AKA Mourne Kwik Kerb has been busy confirming more business from end users that contacted us through the website for an on-site quotation. We are pleased to announce that Alister is also very busy with confirmed work, including a primary school job that consists of 145 metres worth, almost £3k to Alister and his sons, who together run the business.

"After chatting to Alister on Saturday he explained to me that he had just finished a job which he was extremely satisfied with that now both the neighbours have asked Alister for an on-site quotation.

"This is exactly how Robert, Our business development manager shows the operators to move forward as a business and seize all the opportunities that this product can give you. As a unique business we are moving ahead in leaps and bounds and looking forward to our next training week in early November."