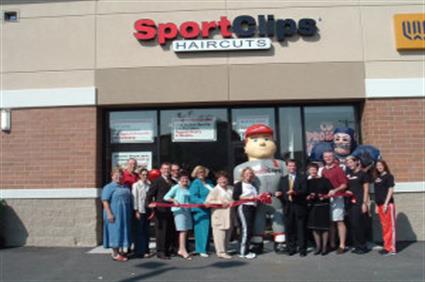 John W. Francis of Minneapolis, MN has joined the board of Sport Clips, Inc., the nation’s leading hair-care franchise. The announcement was made today by Sport Clips Founder and CEO Gordon Logan.

Sport Clips has over 640 stores all over the US and was recently voted in the top 100 franchises in America and in the top 50 fastest-growing franchises by Entrepreneur magazine.

Francis has a wealth of experience in both franchising and hair care.

He is an active member of the International Franchise Association and currently serves on the IFA Board of Directors, Fan-PAC Advisory Board, and Membership, Vet-Fran and Marketing and Public Relations committees. Since joining, Francis has been a speaker and presenter at several IFA national conventions and local meetings and was chairman of the 2008 IFA Franchisee Forum.

After graduating from the College of St. Thomas in Saint Paul, Minnesota, Francis started his career with the company his father founded, The Barbers Hairstyling for Men & Women Inc. He held several positions including Director of International Development and served in several of the company’s departments including Franchise Sales and Real Estate; Marketing for the Cost Cutters Division; Acquisitions; and Vice President of Credit and Strategy.

The Barbers Corporation in 1998 was publicly-traded on NASDAQ and recognized nationally as among the best-run franchise systems. In May 1999, The Barbers, with 1,000 + units opened and valued at $59 million, was merged into the Regis Corporation – the largest hair salon operator and franchisor in the world.

Since July 2001, Francis has been running the Minnesota and Wisconsin area licence for PostNet International. He owns and operates multiple units of the business services franchise in Minnesota, has developed 15 additional units owned and operated by other franchisees and has multiple units in development in several cities in Minn. and Wisc.

During his franchise career, he has received numerous honors including being named in the Minneapolis Business Journal’s “40 under 40” in 2003. While at PostNet, he has been recognized with the following awards:

Francis has also served as a partner of Inner Circle International LTD, a Minneapolis-based national system of franchised peer-groups for business owners.

Find out more about Sport Clips >>

Find out more about PostNet International >>