How will the sugar panic affect confectionery franchises? 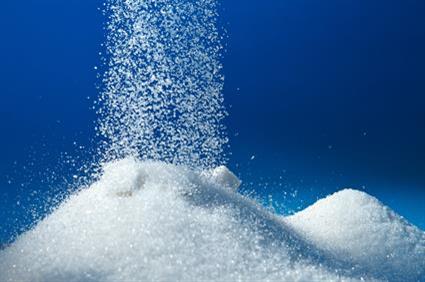 The media is awash with articles purporting how sugar can negatively affect health. While the facts are in dispute, the rumour-mongering is distressing for confectionary franchise owners.

Worldwide research bodies have started investigating the effects of sugar consumption on health.

The only report in existence on the detrimental effect of sugar relates to its effect on dental issues, and comes from the World Health Organisation (WHO) which found that the average level of dental care is lower in countries where sugar consumption falls below 40–55 g/person/day.

There has been research showing that higher levels of obesity and diabetes have been found in populations that consume more than the daily recommended allowance of calories (from fat, sugar and other sources). Lack of labelling by manufacturers hides hidden sugar in non-confectionery products, like low-fat pasta sauces or pizza - leading to calorie over-consumption. In contrast, no one expects sweets to contain low levels of sugar.

The WHO makes recommendations on daily calorie, sugar and fat consumption, and is rumoured to be considering halving its sugar allowances, but each country independently decides whether to enforce recommendations.

In the UK, 60% of adults are overweight. The government currently recommends daily allowances of 16 teaspoons or 64g of sugar for men and 12 teaspoons or 50g for women and children. The Government bases its recommendations on data provided by the Scientific Advisory Committee On Nutrition (SACN). SACN has never recommended that reducing sugar intake below current levels is beneficial to health.

We spoke with expert Dr Glenys Jones (of research association Sugar Nutrition UK) who clarifies, “The WHO has not released any statement regarding the media rumour that it is to halve its guidance value on sugar intake.

“As clearly stated in the review on sugars and body weight funded by WHO published in 2013, any effect of sugars intake on body weight is purely due to the overconsumption of calories and is not specific to sugars.”

So it is too many calories that is the enemy of dietary health, not where the calories come from, but any lack of supporting data hasn’t stopped a growing anti-sugar lobby. Action on Sugar is pressuring the UK Government to set targets for confectionery manufacturers to reduce sugar. They recommend that suppliers decrease the size of products, providing less sugar with better profit margins.

Media reports could lead customers to avoid taking their recommend daily sugar intake in one hit, pressuring manufacturers to clearly label the sugar content in sweets. This could mean a change in stock supplied to franchisees, although no official recommendations on packaging or sugar reduction have been made.

Dr Jones believes the current furore relates to a rise in reduced-sugar product selling, where consumers believe that these deliver a similar reduction in calorie content.

“Sugar provides properties other than sweetness,” she says, “and its removal can therefore require replacement with another nutrient. If replaced by an ingredient that contains fat (which has more calories per gram than sugar) then a lower sugar product can actually have a higher calorie content.”

As a worked example, a ‘no added sugar’ dark chocolate bar may contain only 2g sugar & 640kcal, whereas a regular bar contains 44.3g sugar yet only 529 kcal.

Further exacerbating the issue is news that the cost of sugar is on the rise. There will be 177 million metric tons of sugar produced globally by 2015, mainly from Brazil and India. And increases in demand mean price rises. Sugar is also used in the manufacture of cosmetics.

Franchise owners could consider promoting products containing healthier alternatives to sugar. There is a wide range of choice from sought-after agave nectar to cheap-to-produce corn syrup.

Stevia - part of the sunflower family, Stevia is a leading sugar-substitute in the US. The plant’s leaves are low-carbohydrate, with a taste lasting longer than sugar. However Stevia must be mixed with binding agents before it can be used.

Xylitol – already found in chewing gum, Xylitol is a sugar found in vegetables and trees and is full of fibre, however it is also expensive.

Some confectioners use coconut sugar from palm trees in sweets, and brown rice syrup is another healthy option. But sugar also adds a texture and taste that these alternatives cannot.

The moral panic on the negative effects of sugar should not affect confectioners long-term. Franchisees should be aware of the facts if customers ask, and make note of any changes to labelling or ingredients. Whatever the future holds, rising prices indicate that the appetite for sugar has not yet waned.