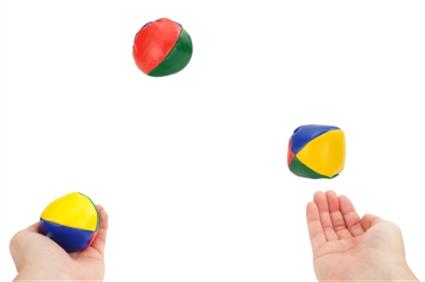 As the number of people working part-time soars, franchise opportunities are proving ideal vehicles for combining two incomes, according to a survey of more than 200,000 franchise seekers and franchisors by FranchiseSales.com.

One of the principal reasons given for unemployment not swelling to 1980s levels is that instead of shedding jobs many companies have reduced working hours for staff.

And with 40% of franchise seekers seeing a franchise opportunity as a means to supplement an existing income, argues the FranchiseSales.com account manager, it’s clear that franchising is the perfect business model for our economic times.

“Simply following a proven formula, franchisees don’t have to bother with formulating strategy and generating business ideas,” he explains.

“Head office provides support in all areas of the business and usually takes care of marketing and strategic issues, and so franchising is less time-consuming for the franchisee than starting or buying a regular business, so combining two incomes is more feasible.

“For many people, running a franchise is as much about being able to work flexibly and to have control over their working hours as it is about being their own boss.”

The FranchiseSales.com account manager also notes “that the most flexible working hours are to be found among home-based franchises such as delivery and internet-based opportunities. Given the growth in work-from-home internet franchise opportunities in the last decade, with the category accounting for 15% of franchise opportunities on FranchiseSales.com, triple the proportion in 2000, combined with the increase in part-time work following the downturn, it’s no surprise that so many people are turning to franchises to supplement their income.

Nearly two thirds of aspiring franchisees (60%) believe it’s a good time to buy a franchise against only 11% who think it’s a bad time.

The majority of franchisors are honest and believe strongly in their product and many franchise systems are genuinely great business opportunities. However, make sure you research the opportunity thoroughly, seek advice, and speak to existing franchisees

The figures are an emphatic vote of confidence in the franchising model amid heightened insecurity in the job market and with the spectre of a double-dip recession persisting, with would-be franchise buyers citing an established brand (46% of respondents), lower risk (29%) and constant training and support (21%) as their primary reasons for preferring franchising over buying a regular business.

Only 38% of franchise seekers are honing in on a specific sector, adding to the sense that income security rather than a passion for, or expertise in, a particular sector is the most common motivation. Of those that did want to go into a specific sector, food was overwhelmingly the popular choice, with 45% of franchise seekers choosing food-related franchises. Many respondents said their belief that the sector was relatively recession-proof was a major reason for choosing it.

There is a perception that franchising is an investment – 57% said they strongly agreed with the statement that they wanted to invest in something when ranking reasons for buying a franchise – with a short-term cost, which is comparatively modest compared to many other investments, but a high chance of yielding a sizeable return in the long run.

It is easier to borrow money for a franchise during these times of scarce credit because banks recognise franchising as a low-risk business model. They also tend to need modest amounts compared to those starting or buying a regular business – especially if it’s a home-based franchise, which account for 94 of the 268 franchise systems advertised on FranchiseSales.com. Sixty-three percent of aspiring franchisees have finance in place before they approach franchisors.

On average, a franchise seeker’s budget of £79,500 is about a third of a regular-business buyer’s, which is £208,000.  All the more surprising then that 62% of franchise seekers declared an interest in buying a national master franchise, given that they tend to cost comfortably in excess of £100,000. Nearly four in five respondents (79%) claimed to be interested in a regional franchise.

With the ‘job-for-life’ era long passed and a decade of relative austerity ahead, a franchise, which only has a one in 20 chance of failure, is a more tempting refuge than ever. Long established, recognised brands that have prospered even during the downturn, such as Subway, Cartridge World or Jani King, are as close as you get to a Sure Thing when it comes to business opportunities.

The plenitude of recession-resilient sectors – for example web-related businesses, given overall online sales rose during the downturn, or automotive maintenance franchises, as it’s cheaper to repair than buy cars during tough times – along with the comparative ease of securing finance and the reliability of the franchising model, means that franchising represents a ‘flight to safety’ in tough times.

However, the franchising model is not infallible. The FranchiseSales.com account manager suggests that its undoubtedly persuasive advantages – comparatively easy to get finance, low risk of failure, proven formula, little industry-specific or general entrepreneurial experience required – can fuel complacency among franchise seekers.

“Don’t take a franchisor’s sales patter at face value,” he says. “The majority of franchisors are honest and believe strongly in their product and many franchise systems are genuinely great business opportunities. However, make sure you research the opportunity thoroughly, seek advice, and speak to existing franchisees.

He adds: “And not everyone suits franchising, so examine your own skills, needs and attitudes. 35% of franchise seekers are bored of their existing jobs, but the best solution for some might simply be a different job.”

Only 13% of franchisors polled said they were disappointed in the results of franchising their business. Among the explanations given for an underwhelming performance were: “I am amazed at some franchisees not trying hard enough”, and “poor conversion rates – too many poor enquiries”.

Only 12% said they were doing worse than expected in the downturn, with 58% on target and 30% exceeding expectations. Here were some of the reasons given by disappointed franchisors:

The franchising model undoubtedly scales well – just consider how quickly Subway became ubiquitous on the British high street. However, with one franchisor planning to recruit 50 new franchisees in the year ahead and another seeking nothing less than “100% UK coverage”, the FranchiseSales.com account manager cautions:

“There is a danger of franchising a business model before it is truly proven and ‘battle-tested’. It’s important to get the business model right before seeking to replicate a Subway-style, lightning quick expansion.

“Franchisors must also beware of expanding faster than head office can cope with. Franchisees obviously need a lot of support and training in the first few weeks and months, so if you have too many franchisees starting all at once then that’s a considerable burden for the franchise development team.”

David Pottingham
David is a guest author for BusinessesForSale.com and FranchiseSales.com.