MOT2U Gives Back to British Motorists 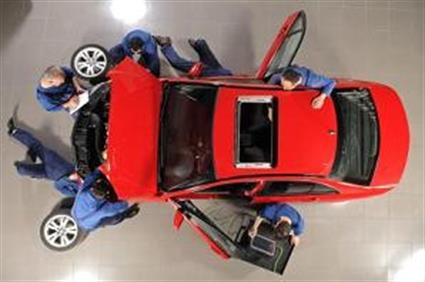 The last six months have seen the British motorist bashed again and again with fuel prices going through the roof, and a recent survey published by Which, containing the fact that 86% of the garages that were investigated missed easy-to-spot faults.

Well John Atkins, a successful Derby based businessman has launched MOT2U Derby, a vehicle MOT and servicing automotive franchise that gives power back to the motorist and helps the consumer get the very best value from their pounds at the fuel pump.

“MOT2U is all about the customer. It seems most people don’t like dealing with garages, and are always worried about being over charged. MOT2U makes sure they won’t be,” said John.

“In addition, at a time when fuel prices are hitting a record high, motorists should always remember one key fact: if a car doesn’t have a valid MOT certificate or has not serviced for over a year not only is it illegal and dangerous it is running far less efficiently than it should be!” stated John.

“The price of petrol may be seen as a crime to many but the truth is that motorists still drive with out-of tune engines, wrongly inflated tyres and sometimes even with dangerous faults,” John added.

“At the core of MOT2U’s offering is the desire to provide customers with a solution to MOT tests and car servicing that can actually be trusted. The AA and RAC have always tried to educate the consumer that a well-serviced vehicle is a fuel-efficient vehicle but it is only now that the message is finally getting through. That’s where MOT2U comes in,” continued John.