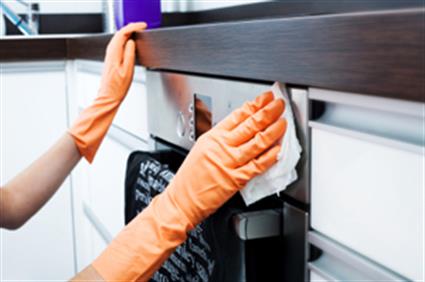 One company that hasn’t felt the heat during the downturn is Ovenclean.

The reason the oven cleaning franchise is still prospering amid the worst recession since the 1930s, says CEO Julian Minwalla, is simple:

“Cleaning the oven is top of the most hated household chores list. Every householder has an oven, and ovens need to be cleaned regularly – all of which adds up to a massive potential marketplace for Ovenclean!”

Across the UK, Ovenclean franchisees are reporting strong demand despite tough times.

Husband and wife team Andrew and Sarah Parris are among the longest established franchisees. After seven years, they still busy, so much so in fact they’ve taken on an additional employer.

Andrew is also an Ovenclean business developer, helping train and support new recruits, such as Mark Jerram, who is inundated with work only a few weeks after joining the network.

“Although an oven clean is a luxury, it doesn’t seem to be something people are prepared to do without,” says Mark, who bought an Ovenclean franchise after being made redundant from Waterstones. Feeling that retail was too sensitive to recession, he bought instead an Ovenclean franchise, attracted by its simple business model, high levels of support and low entry price.

“We’re receiving enquiries from people from all walks of life, many of whom have either lost their jobs or are worried about the resilience of the industry they are in,” Julian Minwalla explains. “As a franchise, we can offer a proven and recession-resilient business model with thorough training and continued support, as well as a unique, environmentally-friendly cleaning system, an established brand and a vast, untapped potential marketplace.”