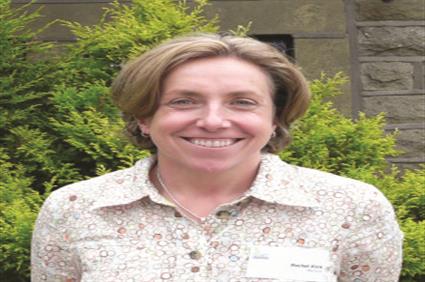 In recognition of the Original Poster Company's 20th anniversary, we present testimonials from two of the greeting card franchise's success stories who are preparing to move ahead within the business.

Running one of the top five performing territories in the UK wasn't always what Rachel Kirk had in mind.

Prior to that, she worked a nine-to-five job with little autonomy, and found spending quality time with her children was difficult. But eight years ago, the chance sighting of an OPC advertisement in a national newspaper ignited a chain of events.

Today Rachel generates a profit of more than £40,000 a year running a business with a huge resale value - and she has all the flexibility she needs!

"I saw the OPC franchise opportunity advertised in the Daily Mail. I'd already heard a lot about OPC in my previous job working for a recycling paper merchant that supplied OPC.

I knew from the high level of orders OPC put in that it was a big company. I also knew that they had a very good reputation.

On seeing the ad, I phoned them straightaway and learned that the Sheffield territory was up for sale. I expressed my interest, and OPC sent me a selection of their cards, along with some information about their company.

I then did some of my own background research visiting local retailers to look at the card ranges in situ, and to find out what OPC was like to deal with. The feedback I got was really positive ... the cards sold well, and the service the OPC franchisee provided was excellent.

Everything seemed to fall into place, so I bought the business in 2000. Since then I've seen many positive changes in the way the Support Office runs the business.

Franchisees today benefit from more training than I had when I started out, and they are also made aware of exactly what's involved in running the business, such as how much stock is required.

The level of stock I hold now is much higher than when I began, and this is really very important for new franchisees to know, as they will need to factor a decent sized stock room into their business plan.

I work out of a converted garage, which is ideal. Another important thing to know is that there's quite a lot of moving stock around, so you need to be in pretty good shape - and you need a suitable vehicle.

Sometimes I take deliveries of about thirty boxes, and I'll be moving boxes in and out of my car on a regular basis. Day-to-day, a large proportion of my time is spent merchandising, which involves taking stock out of customers' shops, counting what's been sold and putting fresh stock back into the shop.

The money I make is based on the difference between what I put in and what I take back each month. I also try to spend 20 percent of my time winning new customers.

The main issue for them is how much space they have available, but once you have a presence on the shop floor, and prove that you are reliable, it becomes much easier to install another card display.

Once you know what you are doing, the OPC business is simply a matter of routine. I've never run my own business before, but I've discovered after eight years with OPC that the things I value most about the business are the autonomy and flexibility I have.

It takes time to get used to the responsibility of having nobody but yourself to answer to, and it can be difficult to switch off sometimes. But these are minor points compared to the freedom and benefits that come from running your own greeting card franchise.

I've already got a merchandiser who works for me, and someone who helps to sort the cards in the stock room, so it shouldn't take long to reach my target."

Don’t miss the OPC Team at this year’s Franchise Shows!

Remember talking to us does not commit you to anything. We look forward to hearing from you.