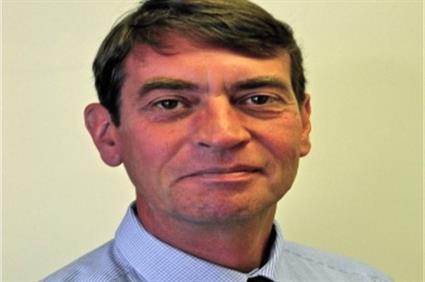 When Darren Senior bought a Dream Doors franchise resale, he turned over £100,000 in his first two months, which is more than the previous owner had made in six months.

The 47-year-old seasoned salesman took over an existing Dream Doors franchise in July 2010. In his first couple of months he proved dedication and exemplary customer service, combined with a leading business franchise model, is a winning combination.

Senior quickly demonstrated that the right person with the right operation can get stunning results, and now that business is gathering pace, his ambition is to turn over £1 million by the end of his first year.

FS Blog: Tell me how you became a Dream Doors franchisee...

Darren Senior: I took my Exeter-based business on shortly after talking to Dream Doors. I didn’t make any major changes to the business, and even kept the same advertising in place as the previous owner.

But even without making any major changes at all, I turned over £100,000 in the first two months – more than the pre-existing business had made in six months. I had 14 appointments in my first month with nine sales, totalling £44,000 in total which I thought was a fantastic start.

FS Blog: Why was there such a dramatic difference in results?

Darren: I think it has been down to handling the leads reliably and professionally. It’s simple adjustments like this that will almost certainly improve conversion rates.

My philosophy is to listen to the customer, and deliver to their expectations by accurately explaining all of the features and benefits of the kitchen or kitchen facelift they’re about to buy.

Most importantly, you’ve got to stick with the customers who are undecided and need reassurance. During my first two months, I’d say 50% of customers signed there and then and most of the others signed on the second visit.

It’s important to give the customer space to make a decision – stand back and let them fall in love with the product. If the product is excellent – and all Dream Doors products are – you simply end up becoming a facilitator to the sale.

In short, new franchisees should never be afraid of selling, because it’s a great skill, it’s an important part of life and when somebody is ready to buy, they want to be sold to.

FS Blog: What else do you believe is an important attribute to make a successful franchisee?

Darren: Self belief is vital. I have every confidence in myself and in Dream Doors’ products, and I believe in delivering ultimate customer satisfaction. This means that, whatever the situation, my customers will always be looked after.

FS Blog: Why should people choose a Dream Doors franchise?

Darren: The third time I looked at Dream Doors was a natural juncture in my life. I’d moved down to Devon and was looking to either start a new business from scratch, or buy a going concern. Dream Doors had a resale opportunity in Exeter – one that I thought I could make more profitable than it already was.

Another thing that drew me to Dream Doors was that it had been around for more than 10 years, and in that time has proven itself to be a good, solid operation. It’s also a full member of the bfa, which is very important to me, as it demonstrates a firm ethical stance.

Another thing is, because I’m not originally from a kitchen background, I knew that there would be a lot of learning to do. Dream Doors offers fantastic training, and that is backed up by the high proportion of successful franchisees operating within the network.

Last but not least, there’s nothing like a really passionate MD driving a company forwards. Troy Tappenden, who started Dream Doors a decade ago, is just that. He genuinely cares about his business.

FS Blog: What about the day-to-day running of your Exeter business?

Darren: I used to work in furniture retail, with responsibility for six stores with multi million pound budgets. Most of the sales presentations took place in the showrooms, with Dream Doors however, I tend to meet customers in their own homes.

While I do pretty much everything when it comes to running the business, I have one member of staff Adam, who drops materials at installations, assists on fits when required and helps in the showroom when I am visiting customers . At this stage, it’s just him and me, but as the business expands, the infrastructure will need to expand with it which will mean taking more people on.

Oxford turned over £104,000 last month, which shows that it's a realistic figure every franchisee should aspire to.

FS Blog: And your final word of advice to potential franchisees…

Darren: My advice to potential franchisees looking to buy a business is to forget the rest and go with the best. And it goes without saying that I think that Dream Doors really is the best.

It’s a solid business, not a fad, and is a concept that works and will continue to work – whether that’s in 10 or 20 years time.