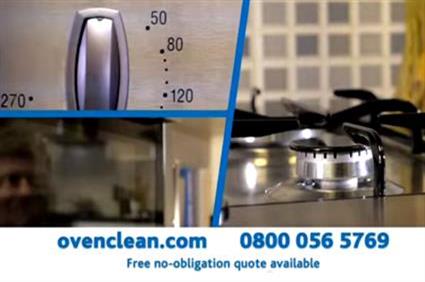 Nobody likes cleaning their oven...so it's little wonder that UK franchise, Ovenclean, has seen record breaking levels of demand for their services following a recent  TV ad campaign.

The campaign, which began in February, culminated in a 77% increase in customer enquiries for March in comparison to last year, according to the Ovenclean head office. It is set to run until mid-September.

There was also an 82% year-on-year increase in visitors to their website during the month.

‘As an additional benefit to the phenomenal levels of customer demand generated as a result of the TV exposure, we are also seeing a halo effect on the impact of all other marketing sources,’ Lidia Benvie-Ferreiros, Ovenclean marketing manager, said. She further mentioned that response rates for all other marketing activity had increased by an average of 71% since the beginning of the campaign.

‘To capitalise on this, we are integrating our online and social media marketing activity with the TV campaign and also encouraging the network to do the same on a local level – including promoting the Ovenclean service using new and updated artwork we've produced featuring the 'As Seen on TV' slogan.’

The franchise was launched in 1992 and provides a professional domestic oven cleaning service. It remains one of the most successful oven cleaning businesses in the UK, servicing over 26 million households nationwide. The franchise claims that there is potential to earn £1,000 per week as a franchisee due to consistent demand from a 'massive, virtually untapped marketplace.'

Benvie-Ferreiros believes that the TV campaign is a clear demonstration of the steps the franchise is willing take to keep Ovenclean centre stage.

‘With more and more of our customers going online to find out about our services, we’ve made huge investments to ensure we stay at the forefront of our industry to drive both brand awareness and customer demand to generate more business for our franchise partners. It really is a very exciting time to be part of the Ovenclean success story!’