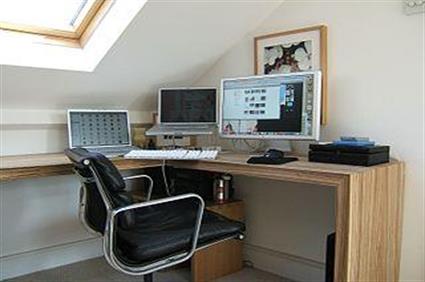 One of the biggest attractions of franchising is that many franchises enable you to work from home.

But rather than buy a reputable work-from-home franchise many people are tempted by dubious offers of easy money from work-from-home stuffing envelope scams.

The Office of Fair Trade (OFT) estimates that over three million of us in the UK get scammed every year, collectively losing £3.5bn.

“It’s a lot of money”, says a spokesperson at Consumer Direct, the government- funded organisation working with The OFT and Trading Standards. “We think an awful lot of people might be falling victim but aren’t necessarily telling the authorities about it. The estimation is that fewer than 5% of people report it.”

With 16 million homes in the UK connected to the internet, options for home working never looked so good or accessible – and yet behind the promise of easy work and quick money often lies one of the oldest scams around.

The scam begins usually via the placement of an advert, either on the internet or in a local newspaper or shop window. The hook: the prospect that you could make anywhere between £1k and £5k a month working from home for a small registration fee.

No more arduous commute to work, no more tedious hours and sucking up to your boss. You now have freedom and flexibility of working hours, able to enjoy the occasional sunny day walking the dog.

For a small fee, you have the potential to earn mega money with minimum effort.

However, the reality is invariably very different.

In cases where you do get a response, the truck loads of envelopes you expected are in fact replaced by one simple copy of the same advert urging you to place the same advert in the same fashion. So, the circle of deceit continues; with no real work, £15 quid or more out of pocket, losing friends and alienating others.

Authentic mailing companies (which offer to handle large volumes of direct mail for legitimate companies) usually operate in large factories or warehouses, with machines that can stuff up to 5,000 envelopes per hour, while high speed label stickers can hammer home in excess of 12,000 labels per hour. Why would anyone hire an individual to independently lick, stick and stuff their way to freedom?

The rise of email communication has been accompanied by an inverse decline in postal mail, with addressed mail falling in volume by 2-3% a year. So you have to ask yourself whether this archaic form of communication can really make you a fortune with relatively little effort.

BusinessWings.co.uk contacted Consumer Direct about how you can avoid the potholes and spot the scammers. “The golden rule is,” they advise consumers, “if something sounds too good to be true, it probably is.”

They add that you should never send money:

“If you send money you are likely to be bombarded with further scams, because your name will be added to a ‘sucker’ list.” You should not have to pay to find a legitimate job working from home.

The scams usually reel people in with hyperbolic promises of big rewards, prolific use of exclamation marks and avoidance of any specific details.

With over 1,000 people per month searching Google for ‘work from home stuffing envelopes’ it’s easy to see why people still get duped.

Check out work-from-home franchises on FranchiseSales.com